A profile of Hatch End in images
As part of its annual report, Public Health Harrow profiles all the wards in Harrow. If you want to know details about Hatch End, such as population numbers, births per year, population age, number of children, crime statistics and much more, click on the link below to view the PDF.
Julian Maw
Hatch End Data

The Harrow Recycling Centre has changed how you visit the centre. As from 29 June you will need to book a slot online if you wish to visit. Booking a visiting slot is free and can only be used by Harrow residents. Each slot will last for 30 minutes and you can only book one slot per household at a time. A slot can be booked 14 days in advance and you must show your booking confirmation number when you arrive. ID and proof of residency checks will be carried out on arrival.
To book a slot you need to log on to www.harrow.gov.uk/bins-waste-recycling/recycling-centres
You will need to provide:
* the time slot and date you wish to book
* your contact details including your name and address
* the registration number of the vehicle you will be bringing on the day
You will be emailed a booking confirmation which you will need to show on the day.
When you arrive at the Harrow Recycling Centre for your time slot make sure you bring:
* Your booking confirmation (this will be emailed to you)
* Valid Photo ID (driver’s licence preferred)
* Proof of address such as a utility bill or council tax bill

For the first time in many years, an outdoor theatre company will perform in Pinner Memorial Park. The new Heath Robinson Museum has invited the  Illyria Theatre Company to perform A Midsummer Night’s Dream on the evening of Sunday 28 August. Illyria uses only five actors for all the parts and with minimal props, they perform the entre play uncut and at a brisk pace, as they believe Shakespeare would have wished it.

Tickets are £14 for adults and £8 for five to 14 year olds. They are available from The Village Gallery, High Street, Pinner or Gibbs Gillespie, Chapel Lane or online (booking fee applies) at illyria.uk.com. Entrance is at 6.30pm and the show begins at 7pm. People coming should bring a rug or chair, warm clothes and a picnic. Heath Robinson cards and books, including his stunning illustrated version of the play, will be on sale.

The illustrations which William Heath Robinson produced for A Midsummer Night’s Dream are widely regarded as some of his finest work. In the year of the 400th anniversary of Shakespeare’s death, Museum trustees are keen to celebrate the association between these two great representatives of British culture. This event is part of the run up to the Museum’s opening on 15 October 2016. Other events include comedy nights and children’s activities at West House, the cultural hub next door to the new Museum.

Sadly, following a short illness, Father Clive Pearce passed away on Saturday 26 March at Northwick Park Hospital. He would have celebrated 50 years since his ordination as a priest on 29 September this year. Father Clive had been the parish priest of Hatch End for 43 years and will be much missed by his family, close friends and parishioners, with whom he had enjoyed many wonderful and some sad times. He had a  big heart and helped many people through troubled times with great compassion as well as practical and spiritual support. He was installed by Richard Chartres, Bishop of London as Prebendary of the Stall of Nesden at St Paul’s Cathedral on 30 March 2008. Our thoughts and prayers are with his family at this very sad time: his wife Yvonne, his brother Michael, his four children, Edward, Elaine, Emily and Amie, and his three grandchildren, Sebastian, Harriet and Ruby.

A memorial Choral Evensong has been organised at St Paul’s Cathedral on Bank Holiday Monday 2 May at 5pm. It  is open to everyone.

The Northwood & Pinner Cottage Hospital was bought and run by local public donation as a memorial to the dead of WW1 from 1920 until 1948 when it came under the auspices of the National Health Service. The site is now owned by NHS Property Services Ltd which is under pressure to sell the site. However, on its closure in 2008 Hillingdon PCT promised it would continue to serve local people. Residents in the area are concerned that the site will not continue to be a community health resource. An online petition to Jeremy Hunt, Secretary of State for Health, has started. If feel you’d like to sign the petition, please visit the link below.

JANUARY 2016
Harrow Council has made changes to its new brown bin collection service which will start at the beginning of April 2016.
They are:
1. Full annual service – 25 fortnightly collections of garden waste between April 2016 and March 2017.
2. Six-month summer service – 13 fortnightly collections of garden waste between May 2016 and October 2016.
3. Flexi service – sign up for either of the above at any point in the year and pay a reduced rate that covers the remaining months of collection. There will be a period of notice of at least two weeks before the collection starts.
4. Share a bin – sign up for either of the above options and split the cost with your neighbour
5. Home compost – composting is easy and provides you with a ready source of garden goodness. We’ve negotiated some great deals on composting bins with get composting.
6. Civic amenity site – take your garden waste in a car, free of charge to the civic amenity site (rubbish tip). There are charges for vans bringing waste to the site. For green waste it is £68 per tonne with a minimum charge of £20.

If none of the above suit you and you feel strongly against the proposed changes and charges, you can sign a petetion. The link is here.

“The proposal is to alter the current garden waste recycling collection to a chargeable service. Garden waste will be collected fortnightly.  Households which subscribe to the service will receive 25 collections per year using the current 240ltr brown bin at a price of £75 per year, which equates to £3 per collection.

If you disagree with these proposals, there is a petition at Change.org that you can sign. See the link below.

It has been reported in the press that residents living near schools in Harrow, including Grimdyke and Hatch End High, have been experiencing irresponsible parking during school drop off and collection periods. This usually involves cars being parked across driveways. If anyone experiences this they can contact Harrow Parking Control on 020 8424 1858 and a warden should arrive. On weekends and after hours, the number to call is 020 8863 5611.

We apologise for a mistake in the Spring Bulletin. Under Planning, on page 8, Para 1 – it should read “Also an Appeal, against the refusal of permission to demolish the Letchford Arms for six townhouses , was allowed.

At its meeting on 19 March, the Cabinet approved its own proposals to close four of the borough’s 10 library branches, as part of its four-year programme of cuts. The proposals were argued in a paper by the Corporate Director, which may have given some comfort to members backing closure by including some peculiar figures on library users and usage. The branches are Hatch End, North Harrow, Bob Lawrence and Rayners Lane. They will close on 15 May, subject to further consideration by the Corporate Director of proposals for community operation in respect of Bob Lawrence and North Harrow. There was no mention or discussion of the issue of the possible maintenance of the Hatch End branch while the proposed business plan for the Harrow Arts Centre was considered, which the HEA committee and others had argued for.
A study of the impact of the proposed closures on various groups, such as the disabled, the elderly, mothers with younger children, concluded that the Council may introduce mitigation by way of a three-month trial of mini buses to take users from closed branches to either Gayton or another branch nearer to the closing ones. A possible click-and-collect service is also to be considered. Initially this proposal – a perfectly everyday and free affair in the retail trade – was described as a new “premium” service which might attract a charge!
In connection with any retention of threatened branches on a community-run basis, this would require volunteers.   Anyone interested in offering help is invited to obtain a specification and details of the application process by contacting Tim Bryan, Service Manager, Libraries Sport and Leisure on 020 8416 8639 or by emaiingl tim.bryan@harrow.gov.uk. Applications must be received by 30 April 2015 at the latest.

Bernard Wainewright and Julian Maw attended a meeting with Harrow Council officers to discuss the Equality Impact Assessment (EqiA) for changes to the library service. The HEA comments were accepted by the officers and would be taken into account in the final EqiA.
The Report on the Consultation including the EqiA was anticipated to be presented to Cabinet in March.
It should be noted that while the Budget proposal presented to Cabinet on 19 February includes the savings for library closure this decision can be changed by Cabinet and the saving planned taken from Budget reserves.

As part of its budget cuts, Harrow Council is making changes to the library service. Proposed closures include Hatch End, North Harrow, Rayners Lane and Bob Lawrence libraries. Consultation sessions with the Council took place in November and December 2014 at various libraries and in Hatch End on 5 January 2015. This consultation process ended on 19 January. We will now have to wait for the Council’s final budget proposals to know what its intentions are. The long-term future of the four proposed closures are still up for discussion including making Hatch End library a pilot self-service library. The HEA will stay involved with the process and keep you informed of developments via the website.

Please see below PDF of the HEA response to the Council’s proposals to close four libraries in the borough including Hatch End. 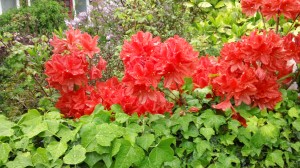 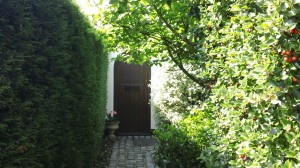 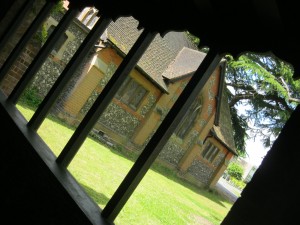 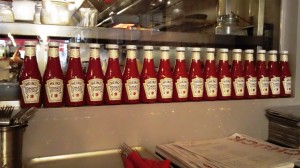 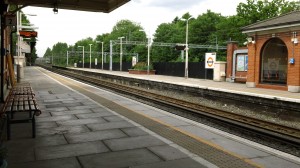 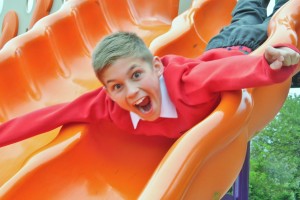